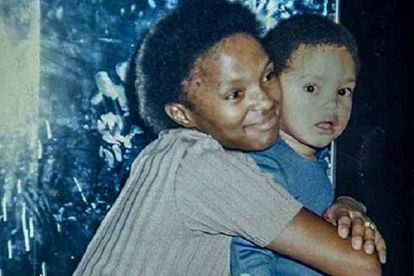 Trevor Noah has compared the Kim Kardashian and Kanye West saga to the abuse his mom Patricia endured.
Image via Instagram
@trevornoah

Trevor Noah has compared the Kim Kardashian and Kanye West saga to the abuse his mom Patricia endured.
Image via Instagram
@trevornoah

Kim Kardashian and Kanye West’s bitter and very public separation has been a trending topic for weeks. And since Pete Davidson – Kim’s new bae – has come into the picture, everyone has an opinion – including Trevor Noah.

Instead, the former Grammys host has recounted his own childhood experiences, comparing the messy situation between the celebrity couple to the abuse his mom endured at the hands of his step-dad.

Speaking in an episode of The Daily Show, Trevor Noah shared his views on Kim, Kanye and Pete.

In it, he chastised a “belligerent” Kanye West for essentially “harassing” his former partner.

“What we’re seeing is one of the most powerful, richest women in the world unable to get her ex to stop texting her, to stop chasing after her, to stop harassing her. Think about how powerful Kim Kardashian is, and she can’t get that to happen”.

And that’s where things hit close to home for Trevor Noah. The Mzansi-born star compared the scenario to a situation his own mother went through.

“Once we went to the police station and they asked my mom: ‘But did you talk back?’ Is that why you’re here? What did you say to him?

Trevor Noah then revealed that after years of being gaslighted by police, family members and outsiders, his mom was eventually shot in the head by his stepdad.

He continued: “Maybe that’s why I look at the story differently. I’m not saying Kanye will [do that].

“But as a society, we have to ask ourselves questions. Do we wish to stand by and watch a car crash when we thought we saw it coming? Or do we at least want to say, ‘Slow down, let’s all put our hazards on, because there’s a storm coming and *** might go down.’”

He concluded, “If Kim Kardashian cannot escape this, then what chance do normal women have?”

Actor DL Hughley accused the rapper of “stalking” his estranged wife, who has legally been declared single.

He said in a Vlad TV interview of Kanye: “I think that I’ve watched too many times when things like that happened and a woman or somebody is not believed. And then things escalate. He is stalking her.

“You can think it’s cute. If it was my daughter, I’d do something about it. I don’t think it’s funny. I think that you can’t write a beat so good that you get to do these things. And society laughs it off because they say, ‘Well, she’s showing her ass all the time and he’s this and he’s that.’ […] The difference between him and a restraining order is about 20 hits and a couple of hundred million dollars.”

Kanye did not take the actor and comedian’s words well, claiming in an Instagram post that he could “afford to hurt you”.

He tweeted: “Ain’t no way in hell I’d ever be scared of a dude who wears #IKnowWhatDidLastSummerBoots!”

He continued in separate posts: ““#Kanye!! It’s just too bad that you acting like a nut won’t stop #Pete [Davidson] from bustin one!”

“Hmmm! Ain’t it weird that #Kanye supposedly has all these goons who will kill for him, but not one of them will get his prescriptions filled? Here’s a thought while you’re on your way to kill me in Calabasas, how about somebody drop by CVS and pick up his Xanax!”