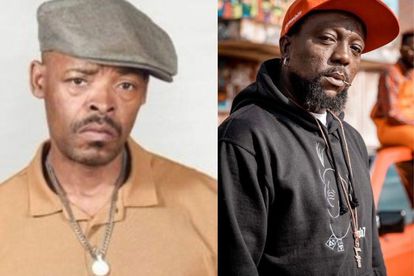 ‘We are not dying anytime soon’: Israel Matseke-Zulu to Zola 7 [WATCH]. Images via Twitter @ramakuwela and @vkai27

‘We are not dying anytime soon’: Israel Matseke-Zulu to Zola 7 [WATCH]. Images via Twitter @ramakuwela and @vkai27

Gomora actor Israel Matseke-Zulu who played Don on the telenovela recently visited kwaito star Zola 7 in his home and gave him a word of encouragement following social media reports that he’s unwell.

He shared a video of his visit on his Instagram account with the former child and revealed that he had a great time.

ALSO READ:‘MaMkhize didn’t do anything to me’: Zola 7 sets the record straight

ISRAEL MATSEKE-ZULU: ‘WE ARE NOT GOING TO DIE ANYTIME SOON’

Award-winning Gomora actor – Israel Matseke-Zulu recently opened up to kwaito legend – Zola 7 when he visited him in his home following the viral video of him looking frail and reports that he is unwell.

Matseke-Zulu shared a video of his telling the kwaito star:

“We are not going to die anytime soon. It was good to see you.”

In the video, Matseke-Zulu is heard talking about his struggle with gangrene to Zola 7, his operation, and more…

The Gomora actor exited the telenovela in 2021 due to his battle with gangrene which caused his legs to become immobile and not shoot scenes.

He adds that he sometimes even forgets that he no longer has two legs and that’s well he’s been.

“I’ve been attending physiotherapy sessions and I have two more to go. They said I’ve healed quickly.”

ALSO READ:‘Stick to the truth’: Zola 7 denies he received R1m from MaMkhize!

Zola 7 trended last week when a video of him looking-frail went viral on social media.

The video has also sparked outrage from fans of the popular TV personality who demanded to know the intent behind the video.

Mzansi came out in numbers on Twitter and honoured him by donating money to his bank account.

The kwaito legend also made headlines in 2021 when it was revealed that he desperately needed financial assistance to cover the medical bills for his epilepsy.

He was diagnosed with epilepsy four years ago and confirmed reports of the illness in his 2021 interview with MacG on Podcast and Chill.