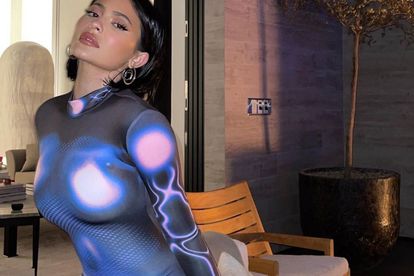 Tweeps are dragging reality star and makeup mogul Kylie Jenner for posting Instagram stories of Astroworld as paramedics were transporting bodies after the fatal crowd surge, on Friday 5 November.

Travis Scott held an Astroworld Festival on Friday 5 November in Houston, Texas. Panic broke out when the crowd began to run towards the front of the stage. As a result 11 people were taken to the hospital and eight lost their lives.

According to BBC about  300 people were treated for injuries such as cuts and bruises at the event, attended by 50 000 people.

“Our hearts are broken. People go to these events looking for a good time, a chance to unwind, to make memories – it’s not the kind of event you go to where you expect to find out about fatalities,” said Local politician Lina Hidalgo, county judge of Harris County to BBC.

Many killed at the festival were reportedly “tragically young.”

TWEEPS: ‘SOMETHING IS WRONG WITH THAT WOMAN’

Following the news, Travis’s girlfriend and the mother of child Kylie Jenner began to trend on Twitter. This is because she was posting Instagram stories while paramedics were transporting bodies from the concert.

“Kylie Jenner posting an instagram story at astroworld as a medic car is transporting bodies. Something is wrong with that woman,” wrote @tyler02020202.

“Kylie Jenner attended Astroworld Fest where 8 people died last night. She posted video to her Instagram that included an emergency vehicle in the crowd while Travis Scott was performing,” wrote @BenjaminGoggin.

“On the apple live stream Travis literally points at the ambulance and says “oh an ambulance wtf”… then continued!!!! Told everyone to put middle fingers up and went on,” wrote @elizabeth9750.

“#AstroWorld #astroworldfestival People DYING and hundreds screaming for help, whilst Travis continues his set, Kylie continues posting to Insta, and the techs and security staff ignore pleas to stop the concert.Travis would have seen all this unfold! Talk about caring for fansFace with symbols over mouth,” wrote @jenniferturton3.

Kylie is currently pregnant with her second child with Travis.