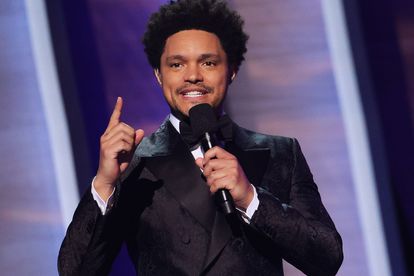 It was an emotional goodbye for South African-born comedian and Daily Show host Trevor Noah on Thursday, 8 December, when he signed off for the last time.

The 38-year-old took over the role in 2015 following the departure of longtime host Jon Stewart. After seven years, in September this year, he announced he was leaving the program to focus on his comedy career, traveling, family and friends.

TREVOR NOAH THANKS EVERYONE

Bidding farewell, Trevor Noah described his time as the face of the Comedy Central show as “a wild ride” and the “craziest journey” that he didn’t predict or expect.

The Born A Crime author went on to express his gratitude to the millions who have watched the show.

“Honestly, most importantly, I’m grateful to you. Every single one of you.

“I remember when we started the show, we couldn’t get enough people to fill an audience. Then I look at this now, I don’t take it for granted, ever. Every seat that has ever been filled to watch something I’m doing I always appreciate because I know the empty seat that sits behind it.

“Thank you people who watch, people who share the clips, everyone’s who’s had an opinion, even if it’s a critique. It doesn’t have to be praise… I want to say I appreciate those people. Even the people who hate-watched we still got the ratings. Thank you,” he said.

ALSO READ: Trevor Noah says goodbye: These are the times he spoke up for the LGBTQ community

In addition, an emotional and teary Trevor Noah paid tribute to black women as he credited his intelligence and success to the influences of his mother, grandmother, aunt and other “Black women in his life.”

“Special shout out to black women. I’ve often been credited for having these grand ideas. Who do you think teaches me? My mom, my gran.”

“I always tell people, ‘If you truly want to learn about America, talk to Black women.’ Because unlike everybody else, Black women cannot afford to f**k around and find out.