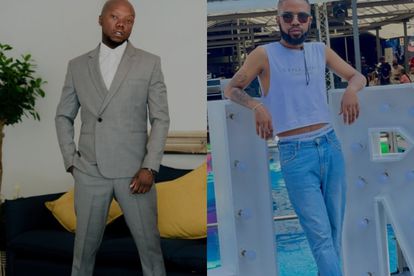 This is after Tbo Touch served him for defamation of character following his explosive thread in which he accusing the radio personality of dodging payments for his Replenishment Concert which took place on 22 October this year.

ALSO READ: ‘Allow me to deal with the pain’: Tbo Touch on losing Pearl Shongwe

Addressing the accusations, The TouchDown host — through his legal team — refuted claims that he is “stealing money by not paying his service providers; conducts himself in an unprofessional manner; and is a bad employer that hires incompetent people.”

“It has come to our client’s attention that you have recently made defamatory statements regarding our client. These were made today, on December 7 2022 and published on the social media platform known as Twitter.

Peace was instructed to publically retract his claims and apologise by close of business day on Thursday, 8 December.

In response, Peace did not wait for Thursday to retract the accusations as he shared a statement on Wednesday saying it was a “misunderstanding and miscommunication” caused by a third party.

He also deleted the defamatory posts about Tbo Touch.

“It is unfortunate that we had to ultimately take the steps we took today but I would like to let everyone know that Tbo Touch and my company have reached out and any disputes between the two parties have been resolved.

“My retaliation with Tbo Touch (Mr. Molefe) was irrational because of frustrations and me knowing that he is the founder of Touch HD. Mr. Molefe reassured me that he will deal with the third party himself. My company and Touch HD will continue working together on our future projects officially,” read parts of the statement.