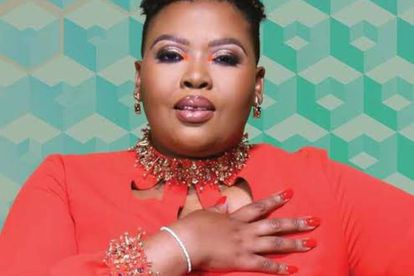 Anele Mdoda will be bringing ‘The Masked Singer’ to Mzansi. Image via Twitter @PhilMphela

Anele Mdoda will be bringing ‘The Masked Singer’ to Mzansi. Image via Twitter @PhilMphela

This is after the radio personality announced she’s taking a two-month break from the breakfast show Anele and The Club to travel to different countries overseas and explore radio broadcasting.

947 listeners have taken to social media to congratulate their favourite radio personality for securing a five-year contract with Primedia Broadcasting.

Mdoda who’s been with the company for 14 years will be back on air on 1 July and will also mark her 20th anniversary as a broadcaster this year.

“2022 is my 20th anniversary as a broadcaster. I have been with the company for 14 years, and Primedia formed part of my personal and professional growth.”

“They are like family to me,” she said in a press statement.

“Signing a five-year contract is testament to the vision of new group CEO Jonathan Procter.”

Phumezile Langeni who is the chairperson at Primedia Broadcasting told Channel24 that they’re fortunate to be driven by their group CEO’s “crystal clear and compelling vision.”

“At Primedia, it is all about validating our people. When our people succeed, we succeed.”

“There is much more that we need to still see from Anele,” she said.

ALSO READ:Anele Mdoda takes a break from her breakfast show on 947

“Been saying. Breakfast is definitely her show and it totally shows how good she is at this.”

“I’m not even listening anymore until she returns.”

“The baddest in the game! Funny, charismatic, informative, well-spoken, tact (keeping numbers up in a white denominated industry as a black person and still attracting new black markets), I like Anele.”

“She’s currently one of the best radio broadcasters.”

“She deserves it… Definitely worth it. I’ve been a fan of her since Tuks and it’s beautiful to see how she’s grown as a presenter. ”

“For an industry that waits until the very last minute to inform presenters if they are on or not in their plans for the next 12 months.”

“She surely got a great deal. Wish other broadcasters can follow suit.”