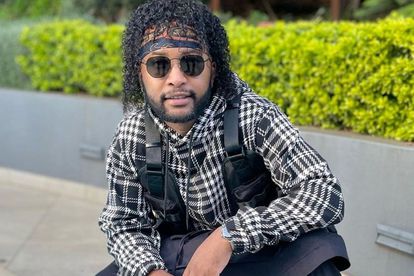 Award-winning musician Vusi Nova has come under fire after he allegedly paid the songwriter of his new single, Ndincede, with a crate of beer and R3 000. Taking to Instagram on Sunday 8 May, the star musician slammed these claims writing: “You guys should be ashamed of yourselves.”

Vusi Nova’s Ndincede was officially released on 6 May. Tanky-Tanky “Nteng-teng” Mabutho’s brother, Madoda, told City Press that she composed the song in March.

“Someone took the video which went viral [on social media]. Then, Vusi Nova, using networks was looking for her.”

“Someone from our township inboxed Vusi to say this woman is my neighbour, you can come and speak to her,” Madoda added.

Madoda also claimed the musician visited the family’s house on Wednesday 4 May and “did some talks which were documented” but “no contract and no agreement was entered” between Mabutho and Vusi Nova’s record label.

The 64-year-old’s brother claimed Vusi Nova gave her beer and R3 000 and then rushed “to launch this song on Friday [6 May] on Johannesburg-based radio stations.”

“When will this contract arrive while he is busy with performances and only came to my house to ask for blessings for the song? And off he rushed Johannesburg to do his interviews and launch the song,” said Madoda.

In response to Madoda’s claims, Vusi Nova said he spoke to the 64-year-old’s family about the royalties for Ndincede. He added that after the registration process at the Southern African Music Rights Organisation (Samro) is complete, Mabutho’s royalties will be paid directly to her.

Taking to Instagram on 6 May, the 37-year-old slammed claims that he paid Mabuthu R3 000 and a case of beer.

“Really? You guys should be ashamed of yourselves for writing such rubbish.”