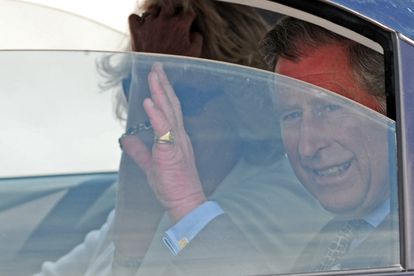 A new book about Queen Elizabeth’s secret service claims that a group of Manchester University students planned on kidnapping Prince Charles and hold him to ransom.

In the forthcoming book, royal authors Richard Aldrich and Rory Cormac say that police intelligence had learned of the plot which was “almost worthy of professional kidnappers”.

The Mirror detailed the claims from a new book called The Secret Royals: Spying and the Crown, from Victoria to Diana which is set to be released in October. The book details the relationship between the Royal Family and the intelligence community, from the reign of Queen Victoria to the death of Princess Diana.

In an extract from the book, the authors described how when Charles was studying at Cambridge his Special Branch guards would follow him in a “rather beaten-up old Land Rover at a respectful distance”.

“But their biggest worry was young women, and this became a particular problem in the Rag Week of 1968 — an annual, anarchic event when students dressed up in silly clothes and played pranks to raise money for charity,” writes The Mail Online.

“According to Michael Varney, the Prince’s personal bodyguard, events ‘came within a hairsbreadth’ of disaster. Varney learnt through police intelligence that a group of female Manchester University students, ‘all Women’s Libbers of the most strident kind’, planned to raid Trinity, kidnap Charles and hold him to ransom.

“Worse still, ‘a fifth column’ existed inside Cambridge since the team from Manchester had eager and willing accomplices from the women of Girton College. Together, they were keen to pull off ‘their coup’ without ‘any male assistance whatsoever’.”

The authors go on to claim that the apparent plot was “a well-planned operation almost worthy of professional kidnappers”.

They claim the Manchester group had hired a “getaway car” and had arranged a safe house for their apparent target.

Police were said to have referred to the group as a “squad of Amazons” who were ready to “cart Prince Charles off bodily”.