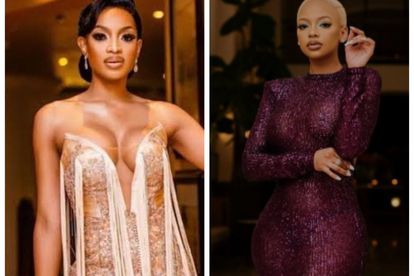 In an Instagram Live video, Mary-Jane and her friend Tumi Powerhouse are seen engaging as she repeatedly calls herself “the original one”.

In recent weeks, controversial and under-fire entertainment commentator Musa Khawula gave Mihlali the nickname “Mary-Jane Lite/MJ Lite”. This came after it was rumoured that Leeroy and the beauty influencer were married when images of the couple in matching traditional outfits went viral on 31 July. It later emerged that the CEO of Sakhile Ezweni Group of Companies had been hosting a traditional event at his house.

Last week, the couple went on a baecation to Mauritius along with media personality Somizi Mhlongo. The baecation caused a stir when it was revealed that Leeroy and Mihlali stayed at the same resort that the businessman and his estranged wife stayed in when they were baecationing on the exotic island. This further fuelled the “MJ Lite” claims as more and more netizens said Mihlali wants Mary-Jane’s life.

Mary-Jane has been mum about Leeroy and Mihlali’s relationship, but she has finally broken her silence with a swipe at her alleged sister-wife.

Although many tweeps have been on Mary-Jane’s side regarding the relationship drama as it was highly-publicised that Mihlali “stole” Leeroy from her, tweeps found Mary-Jane’s video embarrassing.