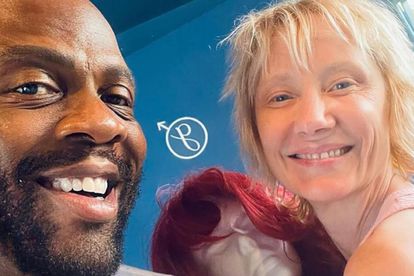 Actress Anne Heche poses with salon owner Richard Glass with a red wig she purchased about half an hour before her car crash on Friday 5 August. Image via Instagram

Actress Anne Heche poses with salon owner Richard Glass with a red wig she purchased about half an hour before her car crash on Friday 5 August. Image via Instagram

Earlier today, reports revealed that Hollywood star Anne Heche has officially been declared brain dead, but will be kept on life support in order to ascertain whether any of her organs can be donated, per her wishes. The 53-year-old actress crashed her Mini Cooper into a Mar Vista Los Angeles double-storey house while driving under the influence of cocaine and possibly fentanyl on Friday 5 August.

The actress crashed was speeding at 90mph (about 145km/h), crashing into a car and a garage before ploughing into the house, resulting in a massive fire. She also almost run over a pedestrian.

And now more details of her behaviour before the crash — which put her in a coma — has been shared…and it is way more bizarre than you think.

People across the world have been left shocked after Anne Heche was declared brain dead earlier today. The actress’s family confirmed that she is “not expected to survive” and that they will be donating any viable organs.

Anne, who featured in movies such as Donnie Brasco, Cedar Rapids, and the 1998 Psycho remake, said on her podcast Better Together, which was published on Apple just hours before the crash, that she was having a “very bad day”.

Before opening up about having a bad day, Heche and her co-host Heather Duff revealed that they were drinking vodka with “wine chasers”.

In the podcast that was removed shortly after the crash, Heche reportedly slurred some of her words, indicating that she was possibly intoxicated.

Fox News reports, however, that it is unclear when the podcast was taped.

According to Radar, the actress went to a Venice Beach hair salon, Glass Hair, where she bought a red wig less than 30 minutes before police responded to the fiery crash site on Friday.

The wig store owner, Richard Glass, confirmed that Heche came into the store and bought the $125 (around R2000) red wig and appeared to be “coherent” and in good spirits.

“I didn’t expect — or suspect — anything at all,” Glass told Page Six.

“She was polite, cordial and engaging — and she was coherent,” insisted Glass according to News.com.au. “It was extremely pleasant — she was a delight,” he said.

Asked if he spotted any signs of her being drunk or on drugs, he replied: “Not at all.”