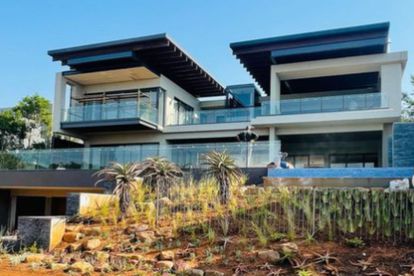 Seasoned actress Asavela Mqokiyana, who played the role of Ntwelenhle in Isibaya took to her Instagram account to share pictures of her stunning mansion with her husband.

TshisaLIVE reports that the actress tied the knot back in April and also took to her Instagram to share images of her traditional wedding ceremony in the Eastern Cape.

ALSO READ:Did one of the Qwabe twins get married? [PHOTOS]

HER ROLE IN ‘ISIBAYA’

The AFDA student became popular when she landed a role of Ntwelenhle in Mzansi Magic’s telenovela Isibaya.

According to TVSA Asavela debuted on Isibaya on 26 February in 2018 and continued with the role until the show ended in 2021.

She also starred as Amogelang in the second season of the faith-based drama series Abomama, which premiered on 1Magic on 3 July and on Mzansi Magic on 5 July, 2021.

The actress announced in 2020 that she was pregnant and described it as “the best thing she’s ever done.”

“I can’t wait to meet you. Taking you to set was kinda scary, but with all the risk assessments the team Bomb Productions put in place, I feel confident and happy to introduce you to the world.”

The seasoned actress also joked that she may name her baby Umfihlo, which means “a secret”, because of the level of secrecy she shares with her unborn baby.

It is unclear who the actress is married to as she’s hidden her husband’s identity on social media at this stage.