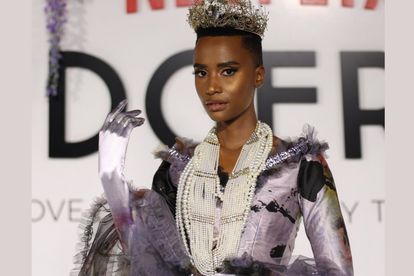 Members of the Indian community in South Africa, including influencers and social media pages are furious over Netflix South Africa’s lack of representation at the Bridgerton soirée hosted by former Miss Universe Zozibini Tunzi in Johannesburg on 26 March.

The much anticipated second season of Bridgeton premiered on Netflix on 25 March. The show’s creator Chris Van Dusen and producer Shonda Rhimes were applauded for representation in the series.

This is because the lead character of the series Anthony Bridgerton, played by Jonathan Bailey is gay. So, this was considered representation of the LGBTQIA+ community. Kate Sharma, played by Simone Ashley, is a woman of South Asian heritage.

Charithra Chandranwho, also played a lead role in the series as Edwin Sharma, is also a woman of South Asian descent. So, the community felt well represented on a global scale especially with traditions such as a haldi ceremony and masala tea being included in the storyline.

However, Netflix South Africa is being slammed on social media by members of the Indian community, influencers and social media pages.

NETFLIX SLAMMED FOR LACK OF DIVERSITY

Members of the Indian community were furious after seeing a video from the event. This is because the video showed the lack of representation at the event of a series which was quite diverse and inclusive. Take a look at the video…

Members of the Indian community noted that Indian people were not well represented at the event.

“It would be a shame to assume that your PR team didn’t know that the second season of Bridgerton had two Indian female leads. And if they did, you failed in acknowledging any Indian female of your country,” wrote The South African desi on Instagram.

“As you may already know, the writers, directors and producers of Bridgerton, clearly don’t see race, they don’t even make mention of it. Yet, despite being the platform that the Kandasamys released on (and became a global hit), you couldn’t even invite one member of that cast to be in attendance,” The South African desi continued.

A post shared by The South African Desi (@thesouthafricandesi)

“Yet again, Indians were excluded from another brand event. AT MINIMUM, I would’ve expected to see the cast of the Kandasamys at the event especially because Netflix released the third movie,” wrote Selina Naidoo, a digital creator with 27 000 followers.

“There’s nothing we can do about that event now but I do want to thank the brands and people at the table who are inclusive and are brave enough to speak out when there is no representation and inclusivity,” she continued.

The South African has reached out to Netflix for comment, but was still awaiting a reply at the time of publishing.