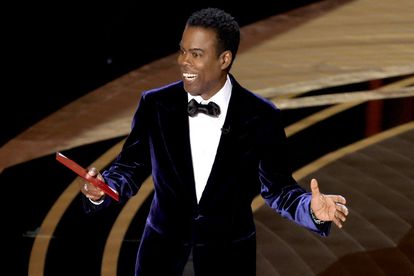 On Sunday 27 March, actor Will Smith, slapped Rock across the face in defence of his wife’s honour before he received his Best Actor Oscar for his role in King Richard.

Popular British television presenter Richard Madeley has slammed Chris Rock calling him the “most unpleasant celebrity” he has ever met.

The 65-year-old said a few years ago, he was asked by GQ Magazine who the most unpleasant person he has ever interviewed is. Madeley named Chris Rock.

“Without going into detail, it was a pre-recorded interview. Had it been live, we would’ve abandoned it,” said Madeley as per DailyMail.

“He was the most unpleasant, rude, aggressive, unlikeable human being I’ve ever interviewed on camera.”

“In my book, he’s the most unpleasant celebrity I’ve ever had the misfortune of meeting.”

Chris Rock will kick off the North American leg of his Ego Death comedy tour on Wednesday 30 March.

The award-winning comedian will be taking his Ego Death World Tour to New York, Chicago, Las Vegas and Toronto, Canada.

According to TickPick, an online service that sells tickets for concerts, they sold more tickets for the comedian’s show on Oscar Night that in the past month combined.

According to Variety, the comedian has declined to file a police report with the Los Angeles Police Department (LAPD) following his incident with Will Smith.

A statement from the LAPD reads: “The incident involved one individual slapping another. The individual involved has declined to file a police report. If the involved party desires a police report at a later date, LAPD will be available to complete an investigative report.”