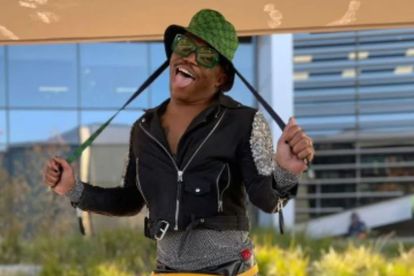 South African media personality Somizi Mhlongo said he enjoyed “great sex” while in Cape Town for New Year’s Eve on the latest episode of his reality series which aired on Showmax on Wednesday 8 June.

Somizi Mhlongo was on holiday in Cape Town to ring in 2022 in the latest episode of his reality show. The media personality previously revealed that he was left to fork out R30k on a night out, So, he made his friends each contribute R3 000.

On the latest episode, the Idols SA judge revealed that he had “great sex” in Cape Town because it is a place to have fun.

“You cannot be in such a place and not have fun, not be happy. And part of it is to have great sex,” he said.

Aside from his “great sex”, Somizi also posed naked in front of Vusi Nova – for him to captured a snap of Somizi’s “cute bum”.

“I think the sooner we realise that we have one body and it’s not somebodys, it’s your body. Regardless of the shape, the height, the girth, the width, the length… this body happens once,” said Somgaga.

Tweeps love how comfortable Somizi is in his body. Take a look…

“Somizi’s energy stands out for me man! The way he comfortably took off his clothes and requested Vusi for a picture shows how comfortable he is in his body. One body, shape, size , it’s yours, embrace it! ????,” tweeted @YolandaKarabo.