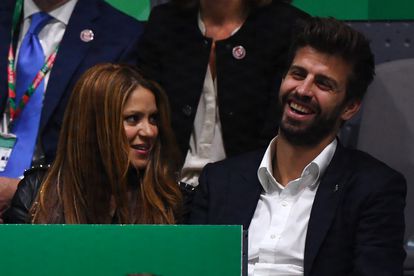 The soccer star and the singer called it quits in an official statement made over the weekend. But sources close to the Barcelona FC player claimed the couple were in an “open relationship” instead.

SOURCE: PIQUE DID NOT CHEAT ON SHAKIRA

Over the weekend, Shakira and Pique confirmed rumours that they had called time on their 12 year relationship.

The duo met during the 2010 soccer World Cup in South Africa and went on to have two children; sons Sasha and Milan.

Their statement read: “We regret to confirm that we are separating. For the well-being of our children, who are our highest priority, we ask that you respect their privacy”.

He told Viva La Vida: “Someone very, very close to Pique has assured me that there was no infidelity on his part.

“There is a great surprise at the breakup and the statement that Shakira has sent. Their agreement was ‘you do what you want and I’ll do what I want’, but to present themselves as a couple to the public”.

The former couple appeared together at their son Milan’s soccer match. According to Spanish publication El Periodico, the exes are trying to remain civil, for the sake of their children.