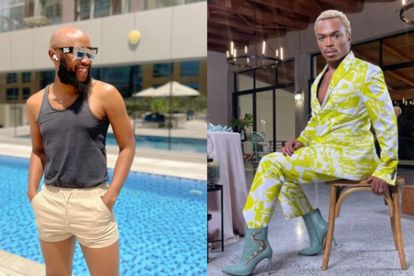 Somizi Mhlongo revealed that his estranged husband Mohale Motaung called him in January this year. He said that this was the first time since the abuse allegations which surfaced via leaked audio clips by Sunday World in August this year.

Somizi revealed that he has Mohale blocked on WhatsApp.

However, Tweeps slammed Mohale for contacting Somizi because he accused him of abuse. Take a look…

“Somizi might be bitter but why did Mohale call????‍♀️you guys leave your “abusers” only to call them again…niyangithusa #LTDWSOMIZI,” tweeted @shezi_zoleka.

“Why was  @mohale_motaung calling somizi at night? I have no problem with him but that call is very suspicious. If he really had to get in touch with somizi, he could have done so via lawyers, a long tedious route but necessary for dealing with your alleged abuser,” tweeted @archie_success.

ALSO READ: ‘I utilised the place’: Somizi on having ‘great sex’ in Cape Town

Mohale accused Somizi of physically and psychologically abusing him during their marriage in a recorded conversation with the previous producers of Living the Dream with Somizi.

Somizi denied the abuse allegations but Mohale affirmed his abuse claims. The pair both announced their divorce.

“I took my keys and walked out, he took a knife. I was about to exit, so he said to me, ‘if you exit… I’m going to kill us both.’ So I took my keys and ran. He grabbed the knife and said ‘if you walk out, I’m going to stab you.’ Now I see a different person. I was sh*t scared and walked back into the house. He said ‘let’s talk.’ He cried and we moved on,” he said in the leaked audio clips.