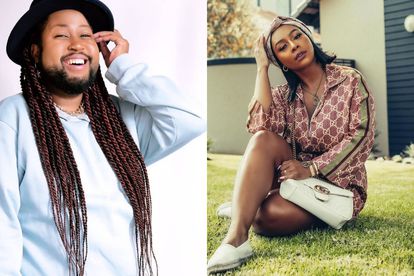 RECAP OF BOITY AND BUJY’S ALTERCATION

Boity and Bujy allegedly got into an altercation at the Courtyard Hotel opposite the Mall of Africa in Midrand, Gauteng. A witness told The Citizen that the pair were at the Huawei Nova8 event. Due to the rainy weather the Huawei publicity team reportedly decided to take guests out for dinner to make up for the cancellation.

The witness went on to say that guests who were unable to make it home before curfew booked into the Courtyard Hotel where the “fight” between Boity and Bujy took place. The fight was reportedly over a conversation about sangomas and traditional healers which the leaked audio clips have backed up. Bujy allegedly threw a glass at Boity’s face, which resulted in her being rushed to hospital. The former Metro FM DJ was then arrested and spent the weekend in jail, where he refused to be detained with male detainees.

Bujy was then granted bail of R2000 at the Midrand Magistrates Court on Wednesday 6 October and ordered to stay away from Boity and witnesses.

INSIDE BOITY AND BUJY’S FIGHT

Leaked audio clips which were shared with the Citizen revealed the insults Boity and Bujy threw at each other. The radio personality reportedly tried to calm Boity down when she was giving “unwelcomed” readings in her capacity as a traditional healer.

“Is this how weak you are? With such aggressiveness?” says Bujy in the clip

“I’m a bigger person than him, everyone thinks he’s like… no one. No one know[s] who he is,” said Boity in the clip.

“He’s like a nobody, every time he shows up anywhere, why is this guy even around?” she continues.

Bujy is heard saying that he knows ancestors are fake. “O tswasitse masepa my love!” he says to Boity, telling her that she went through initiation for nothing before accusing her of lying. He then made reference to her mother’s genitals.

“This is still okay, let’s see where your career goes!” she responded.