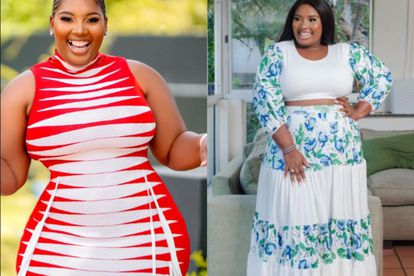 LaConco reveals that she had liposuction. Images via Instagram @_laconco.

LaConco reveals that she had liposuction. Images via Instagram @_laconco.

Reality star and the mother of Jacob Zuma’s child, Nonkanyiso “LaConco” Conco confirmed that she underwent liposuction via an Instagram Story on Tuesday 29 November.

ALSO READ: ‘Battle of the BBLs’: Musa claims LaConco went under the knife

LACONCO CONFIRMS SHE HAD LIPOSUCTION

Nonkanyiso “LaConco” Conco confirmed that she had liposuction via an Instagram Story on Tuesday 29 November. She explained that she worked on her body first and liposuction was the last tick on her list.

“Ladies hi. Please keep it in your mind that my doctors have worked on what I’m blessed with. My body has been enhanced with lipo otherwise our structures are not the same. I have invested first in my body. Lipo was the last tick on my list,” she wrote.

She went on to deny that she was wearing a corset.

“It’s not more on what I wear but my structure. If you think on my latest picture I’m wearing a corset please buy it, and the same dress wear it and stand in front of the mirror see if you will get same results as my body,” she wrote.

ALSO READ: ‘Thought she was 40 something’: LaConco age and body-shamed

This comes after controversial entertainment blogger Musa Khawula claimed that LaConco had a Brazilian Butt Lift (BBL) and liposuction.

“One of our friends that recently went under the knife is LaConco. I did not expect this, what a shocker. LaConco took to Instagram to debut her new body,” she said.

“At first I was like what is going on there is something different. But when I read through I was like okay Dr Phet has recently done it again by doing this nice work on LaConco but some people are not sure because they are thinking the BBL is not BBL’ing…. I’m not hating on it. Your body looks nice, your liposuction,” she continued.

THE REALITY STAR OPENS UP ABOUT WEIGHT LOSS JOURNEY

This also follows the Real Housewives of Durban (RHOD) star saying that she was successful on her weight loss journey. She explained that it was difficult and uncomfortable and she no longer eats for flavour, but instead what her body needs.

The RHOD star  went on to say that she does not aim to be slim, but healthy.