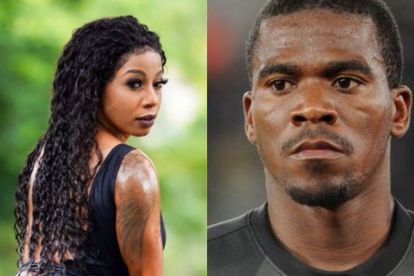 Advocate Teffo was previously representing four of the five alleged hitmen accused of murdering former Bafana Bafana captain Senzo Meyiwa. He told the Pretoria High court that he stepped down as their legal representative on 12 July.

However, Sunday World reports that Advocate Teffo is back on the case. Advocate Teffo previously made the bold claim that Kelly was the one who “mistakenly” shot Senzo. Senzo is believed to have been murdered in a botched robbery at singer Kelly Khumalo’s mom’s house in Volsloorus on 26 October 2014. She addressed this claim on the latest episode of her reality show which aired on Tuesday 2 August.

THE SINGER: ‘THAT ADVOCATE IS DESPERATE FOR ATTENTION’

The Empini hitmaker slammed Advocate Teffo and expressed that she thinks he is desperate for attention.

“This is very disturbing. Extremely disturbing. There’s so many scenarios that South Africa has had. How desperate can one be to try and put me in jail for something that I did not do? My thing is that, that Advocate is desperate for attention,” she said.

“And he knows that everytime he mentions my name, he trends. Everytime he gets up ‘my lord, Kelly Khumalo’. Argue. Make your submissions. We are here to find out the truth about what happened to my daughter’s father,” she continued.

Kelly’s friends head over to her home to cheer her up but she broke down in tears. She then vented in her piece-to-camera.

“It went from Longwe and Zandie fighting into me … buying people. Me paying for people that I met at the mall. Now, she pulled the trigger,”