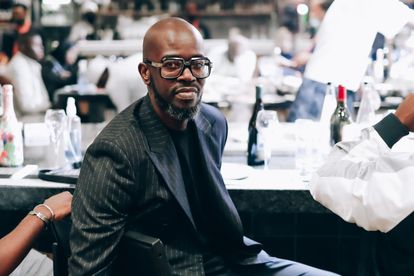 South African musician and Grammy-award-winning DJ, Black Coffee is definitely a laid-back kind of guy when he comes to fashion. One thing he always makes sure of, however, is that he is wearing some of the priciest and most luxurious brands. The We Dance Again musician was recently spotted rocking a pair of Louis Vuitton Chelsea boots which costs a cool R30k a pair.

The shoes definitely caught the attention of the star’s fans who could not help but share compliments with him. Others even resorted to asking the DJ to kindly buy them a pair too!

46-year-old Black Coffee, real name Nkosinathi Innocent Maphumulo, has definitely reached star status both in South Africa and abroad, and of course, he wears the clothes to match his status – especially since he hangs out with international celebrities like US rapper Drake.

The DJ is set to perform in Greece, Mykonos on 22 August later this month, reports Briefly News. The publication also reports that a percentage of the proceeds from the event will be given to his foundation, The Black Coffee Foundation.

Meanwhile, the artist headed over to his Twitter page to share that he is headed to Mykonos with a photo of himself wearing a lush pair of LV boots which definitely caught the attention of his many followers.

Take a look at the R30k shoes below.

Mzansi gets to talking

After spotting the boots, many couldn’t help but gush over how lush they are. A number of them begged him to buy them a pair while others just congratulated him on his success.

“That’s one shoe I wouldn’t mind you donating to me I’m a boot person.”

“Can I have your shoes grootman”