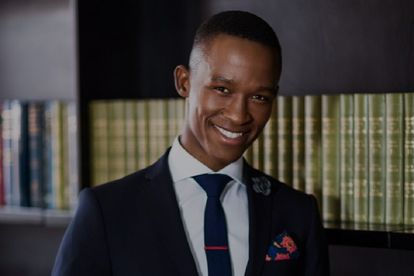 Katlego Maboe has thanked his supporters for standing by him. Image via @katlegomaboe/Instagram

Katlego Maboe has thanked his supporters for standing by him. Image via @katlegomaboe/Instagram

Re-instated Expresso Morning Show presenter Katlego Maboe’s life is finally back on track and he is grateful to all the South Africans who supported him.

In a social media post on Friday 5 August, the award-winning presenter thanked his “family” — which are his fans — for standing by him when life got tough. He also shared an inspirational snippet of his interview on the Expresso Morning Show in which he talks about his growth and desire to be a force of positivity in people’s lives.

In 2020, Monique Muller who is the mother of his son was granted a protection order against him. At the core of their disagreements were allegations of infidelity and physical abuse. As a result of the allegations, Katlego lost his endorsements and employment, subsequently being cancelled by some social media users.

In February this year, the star was exonerated, with the court ruling that there were “no grounds” for the abuse allegations.

Although cancelled by some, his fans always showed him love as they questioned why he had to lose employment over allegations that were yet to be proven.

Taking to social media to thank his supporters, Katlego wrote:

“Motho ke motho ka batho [I am because you are]. Thank you for holding me up, family!”

The post was accompanied by a snippet of his tell-all interview on the S3 talk show.

“The new me is not the old me, but there are certainly elements of the old me that remain…

“Throughout everything that has happened in the past couple of years, I think one thing that I could never even want to let go of is this desire in me to be a force of positivity in people’s lives and to have them smile…” Katlego says.

KATLEGO IS BACK ON ‘EXPRESSO’

Katlego’s message to his fans comes after it was announced erlier this week that he will be making a return to the Expresso Morning Show on Monday 8 August.

On Thursday, he shared a raw and emotional clip from his upcoming tell-all interview on the show.

In a clip posted on his Instagram and the social media platforms of the show, Katlego is seen becoming emotional as he recounts what he has gone through.

“A lot has changed”, the media personality says whilst wiping away tears.