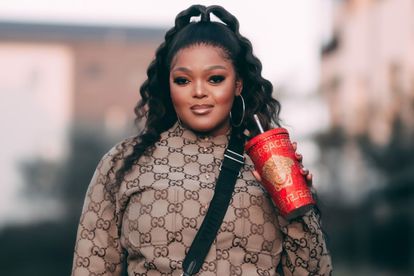 DBN Gogo is a self-made DJ with a net worth of R50 milion. Image via Twitter @DBNGOGO

DBN Gogo is a self-made DJ with a net worth of R50 milion. Image via Twitter @DBNGOGO

With hits like Khuza Gogo, Bells and Dakiwe, DBN Gogo has spun the decks to become one of Mzansi’s top amapiano DJs. DBN Gogo, who is the daughter of Jeff Radebe, the former Minister in the Presidency, has also performed outside of South Africa’s borders, breaking barriers with the amapiano genre.

According to Savanna News, the French Kiss hitmaker is worth R50 million, but she worked her way up for her fortunes.

Mandisa Radebe, best known as amapiano sensation DBN Gogo, kicked off her music career in 2018. She had her breakthrough in the music industry when she performed on Channel O’s Lockdown House Party in 2020.

The talented DJ teamed up with DJ Dinho on her debut EP, Thokoza Café, in 2020. DBN Gogo released Break Through in 2021 as a follow-up to Thokoza Café and has been rocking the local and international entertainment scene since.

In an interview with The Heavy Report in 2019, Radebe said she wears bright coloured wigs to her gigs to be memorable.

“There are certain crowds who won’t care who’s on the decks, they will jam as long as the music is good. Now when you come with a different aesthetic, you pulling a different kind of attention and become more memorable.”

DBN GOGO STARTED FROM THE BOTTOM

In 2021, DBN Gogo slammed assumptions that her father, politician Jeff Radebe played a role in the growth of her music career.

“I started from the bottom and what my family represents due to their occupation has had no impact on my career,” she told TshisaLive.

“Instead, my parents only found out a year ago that I was taking DJing as a serious profession. I can thank my friends in the music industry for assisting me and providing an opportunity for me to participate and show off my talent.”

STEPPING OUT IN STYLE

While she’s spinning the decks, DBN Gogo makes her presence known with her flashy outfits. The amapiano DJ often steps out in luxury brands like Louis Vuitton and Gucci when she plays her killer sets.

In June, controversial entertainment blogger Musa Khawula claimed that the amapiano star’s Versace cup was worth more than R20 000.

TAKE A LOOK AT SOME OF HER OUTFITS HERE