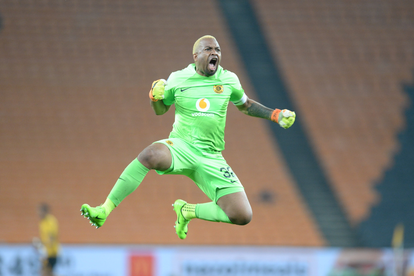 South African goalkeeper Itumeleng Khune has made a name for himself as one of the best players of his generation.

The Kaizer Chiefs player is known best for his brilliant saves and his extraordinary ball distribution skills. But who exactly is, Khune? Here are a few things to know about the Amakhosi goalie.

1. HE WAS BORN IN VENTERSDORP

Itumeleng Khune was born on 20 June 1987 in Ventersdorp, North West. His second name is Isaac and he is of Tswana heritage.

2. HE IS NOT THE ONLY FOOTBALLER IN THE KHUNE HOUSEHOLD

The 35-year-old soccer star is not the only one who is a professional at the sport. His younger brother Lucky Khune, 33, has also played for Kaizer Chiefs as a striker for two seasons between 2010 and 2012.

ALSO READ: Who is Twiggy Moli? Meet influencer who called Ronaldo a ‘p**s’

4. ITUMELENG KHUNE IS A FAMILY MAN

The footballer, who is also known as “The Humble One,” is a married man. The star is married to KZN beauty Sphelele Makhunga. The couple, who celebrated their traditional wedding in June this year, has two children together.

5. HE COULD’VE BEEN A PROTEA

As a young boy, his dream was to play cricket just like his idol Nicky Boje. However, when that did not work out, he decided to pursue a career in football in order to make a living and support his family.