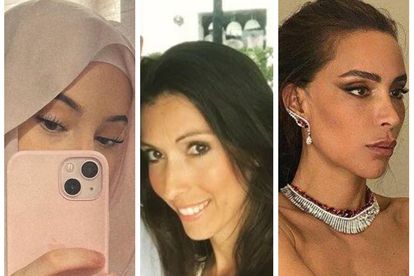 France has eased their way into the Fifa World Cup quarter-finals thanks to star football players like Kylian Mbappe, Olivier Giroud

Although stars like Paul Pogba, and Karim Benzema sadly missed out on the tournament due to injuries, France remains a firm favourite to win the World Cup.

And supporting the men in red and blue are their wives and girlfriend (WAGS).

ALSO READ: Who is Mbappe’s girlfriend? Meet the first trans model on Playboy

5 FRENCH WAGS BEHIND STARS LIKE MBAPPE, GIROUD, VARANE, AND MORE…

Much has been reported of Mbappe’s French girlfriend Ines, who is the first openly transgendered model of Playboy.

The couple was first romantically linked earlier this year after pics of them packing on the PDA on a yacht during the Cannes Film Festival went viral.

However, MailOnline that the French superstar – who has scored three goals in the World Cup thus far – has been linked to a bevy of beauties in recent months, including Belgium model Rose Bertram and actress Emma Smet.

Olivier Giroud may be France’s top goal scorer at the World Cup, but Jennifer – his wife of 11 years – is clearly the wind beneath his wings.

The US woman and the French footballer share three children together.

The Moroccon-born woman is a TikTok personality and has a baby girl with the soccer star.

Rima and Ousmane tied the knot in a beautiful Islamic ceremony in 2021.

Antoine first met his wife in 2009, when he was playing at the Spanish football club Real Sociedad

Erika and Antoine recently celebrated their fifth wedding anniversary and have three children together.

The Manchester United star player has been married to his blonde bombshell wife since 2015.

Camille – a law graduate – and Raphael are currently expecting their third child together.