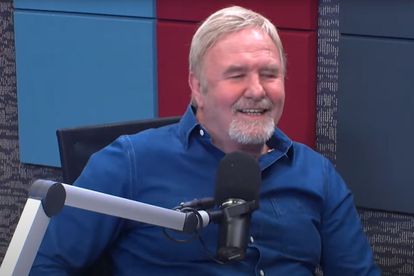 The South African filmmaker and comedian, Leon Schuster recently opened up about the various death hoaxes he has had to endure, saying that he has probably died “13 or 15” times by now.

According to The Citizen, the 70-year-old actor – who is known for movies such as You Must Be Joking, Oh Shucks It’s Schuster and Mr Bones – said that it is starting to feel like someone wants him dead after another rumour of his death has been doing the rounds.

This comes after one of Schuster’s friends reportedly tried to phone him several times on Monday (1 November) while he was caught up in a meeting. When Schuster returned the call, his worried friend asked whether he was okay.

He says that people even phoned from Namibia just to hear his voice, as they’d heard that he had passed away. Schuster said these kinds of pranks is something he does not find funny.

“Why do they do it? I don’t know why they target me,” he told Netwerk24. “Can you imagine how your heart would feel if they said it to you? It’s not a nice thing to hear. The word ‘death’ doesn’t sit well with me.”

In 2014, Schuster was also reported to be dead after he was in a “car accident”. What’s more, when searching for Leon Schuster on Facebook, there are various instances where people joke that he is dead.

Schuster can’t help but wonder if people would believe that he has passed away when that day really comes. He says the rumours make him mad because you don’t joke about death. He also says that there is a God in heaven who knows that the people spreading these rumours are doing him wrong.

“They may not do it, but for them, it is just sensation.

“It is absolutely reprehensible behaviour that you would want to hurt someone or get revenge,” he said further, adding that to mock death goes against what God stands for. “It’s a blatant infringement of a person’s humanity; I also have a heart and soul, and I also get flippen hurt.”

He says that those partaking in the distasteful prank can continue with it, but no one will believe them anymore because he has now died too many times.

Schuster certainly isn’t the first celebrity falsely declared deceased by dubious reportage or an out-and-out hoax. Cher, Lil Wayne and Justin Bieber are continuously reported to be dead. According to the “internet”, Justin Bieber for instance has committed suicide (2009), been shot to death in a nightclub (January 2010), suffered a fatal drug overdose (June 2010), and just straight-up kicked the bucket (in May 2012 via an unexplained “RIP Justin Bieber” Twitter trend).