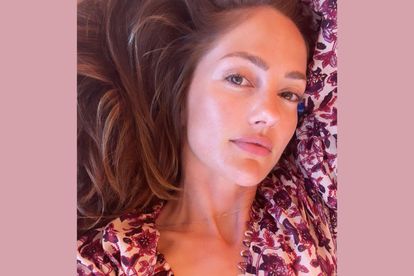 South African comedian Trevor Noah’s girlfriend Minka Kelly says she was asked to strip down on her first day on the set of Euphoria – in an interview with Vanity Fair on 14 February.

Trevor Noah’s girlfriend – Minka Kelly said she did not feel comfortable to strip down on her first day on set of Euphoria.

“That was my first day as a guest on this new show, and I just didn’t feel comfortable standing there naked,” she said to Vanity Fair.

Minka went on to say that the director, Sam Levinson, was accommodating to her.

“[Levinson] thought it would be more interesting if my dress fell to the ground. ‘I said, ‘I’d love to do this scene, but I think we can keep my dress on.’ He was like, ‘okay’, he didn’t even hesitate. And he shot a beautiful scene and got exactly what he wanted,” she recalled.

Fellow Euphoria star Sydney Sweeney also spoke about how accommodating Levinson is when it came to nude scenes.

“There are moments where [my character] Cassie was supposed to be shirtless and I would tell Sam, ‘I don’t really think that’s necessary here. He was like, ‘okay, we don’t need it,” she told The Independent.

“I’ve never felt like Sam has pushed it on me or was trying to get a nude scene into an HBO show. When I didn’t want to do it, he didn’t make me,” she added.

THE ROLE OF SAMANTHA WAS WRITTEN FOR KELLY

Minka plays the role of Samantha on Euphoria – a rich young mom. Maddy, played by Alexa Demie, has been babysitting Samantha’s son throughout the season. The character was written for Minka by Levinson.

Levinson wanted Minka to be an  older and wiser version of Maddy.

“After our first day working together, [Sam Levinson] said, ‘I want you to be the older, wiser version of [Maddy]. I was like, ‘yes, please,’ I love that, I see so much of myself in this girl,” said Minka to Vanity Fair.