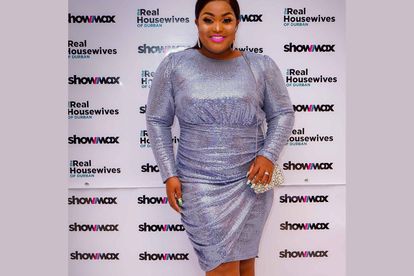 MaKhumalo speaks out about ‘RHOD’ criticism. Image via Instagram @thobilek.

MaKhumalo speaks out about ‘RHOD’ criticism. Image via Instagram @thobilek.

Real Housewives of Durban (RHOD) star Thobile MaKhumalo Mseleku opened up about the criticism she received from the show and her debut.

THOBILE MSELEKU: ‘THERE IS NOTHING WRONG WITH MY HOUSE’

MaKhumalo made her debut on the show alongside her husband, polygamist Musa Mseleku. Viewers thought her home was “not luxurious” and wondered whether she fitted in with the other ladies. She responded to the criticism saying that there is nothing wrong with her home.

“There’s nothing wrong with my house. I will forever show them this house because I don’t want people to think that for you to be a good person you have to move from your roots,” she said to Tshisa LIVE.

MaKhumalo went on to say that she stays true to her roots and so does the rest of her family on their reality show.

“I didn’t have to move my house to Mhlanga to be on the Real Housewives of Durban. I have a place in Durban and they know about that. Even on Uthando Nes’thembu we do show we have other apartments in different places but our show is rooted ne’mzumbe because we want it to be like that. The show is going to play, some things are going to be revealed,” she continued.

MaKhumalo proved she was just as fancy as the others when she hosted a surprise black tie event but the ladies were frustrated at how long they had to wait for her.

MAKHUMALO: ‘I AM ONE PERSON WHO LIKES CRITICISM’

RHOD alum Kgomotso Ndungane left the show because of criticism but MaKhumalo surprisingly loves reading criticism. So, she said she loves to go on social media and read through comments about her.

“I am one person who likes criticism, I do not like to deal with people who love me because when people love you. They will sometimes not tell you when you are wrong because they will forever be scared you might get hurt by what they are going to say to you,” she said to the publication.

“I love to go on social media because I know people can be very cruel. People are telling it like it is and I respect their views. It’s not everything that they’ll say that will be true. If it’s something I cannot change, obviously I won’t change it and it won’t affect me, but if it’s something I can work on to become better, I’ll do that. They will love you today, they hate you tomorrow and you don’t have to take it to heart,” she continued.