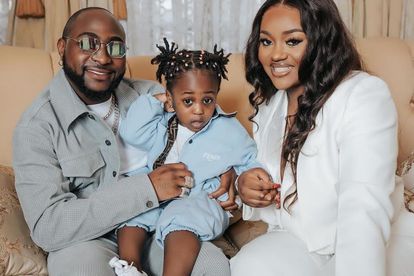 Celebrities from different parts of the world have been sending Davido and his fiancee, Chioma, their love after their son drowned on Monday. Image via Twitter @naija

Celebrities from different parts of the world have been sending Davido and his fiancee, Chioma, their love after their son drowned on Monday. Image via Twitter @naija

International and local media personalities have expressed their sympathy for Nigerian musician David “Davido” Adeleke after the passing of his son, Ifeanyi, on Monday 31 October.

According to Associated Press, the Afrobeats musician’s son — who had turned three years old two weeks ago — died after an apparent drowning in a swimming pool at the family’s home in Lagos, Nigeria.

The publication reports that Lagos police spokesman Ben Hundeyin revealed that both Davido and his fiancée (who is his son’s mother) Chioma Rowland were away on Monday night when the fatal incident took place.

Present at the Assurance hitmaker’s residence were eight staff members who are now being investigated by police.

“We are reviewing the CCTV cameras to get additional information about the circumstances of his death,” said Hundeyin to BBC.

“His body has been deposited in the morgue. We are in touch with his parents. In fact, they were with us last night,” he added.

ALSO READ: Tragic! Davido and other stars whose toddlers drowned in pools

Fans, friends and media personalities have taken to social media to convey their condolences to Davido after losing his son.

In a tweet on Tuesday, amapiano musicians, Major League DJz, wrote: “Prayers for Davido and Chioma.”

TV presenter and businesswoman Ayanda Thabethe — who became a first-time mom earlier this year — said: “Can’t imagine anything in this world more painful than losing a child. Prayers up to #Davido #chefchi and the family.”

Amapiano artist Focalistic, who featured Davido on the remix of his hit song Ke Star, also sent prayers on Instagram.

“What a dark day. My heart and love go to David and Chioma.. @davido I pray for your heart and mind this period. You have endured so much loss brother. May God hold you in his arms and keep you through this,” M.I Abaga wrote.