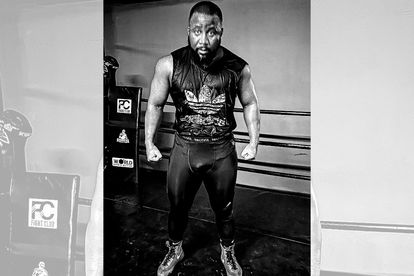 Cassper Nyovest has found himself having to use his Twitter block button a lot more usual as of late. This after tweeps have mocked the size of his manhood yet again.

The rapper has become the target of nasty trolls who criticised him for showing off a picture of his physique.

CASSPER SHOWS OFF WEIGHT LOSS AHEAD OF FIGHT

Taking to his Twitter account, Cassper Nyovest showed off his impressive weight loss ahead of his celebrity boxing match against Naakmusiq.

The two musos will be going head to head in a high profile fight on Saturday, 9 April at Sun City’s Super Bowl.

Shortly after winning his boxing match against YouTuber Slik Talk in December 2021, Cassper revealed he had put on a substantial amount of weight. His goal for the New Year was now to get into shape in the build up to his boxing match.

And the star is reaping the rewards of his hard work – after spending a minimum of 15 hours in the gym every week, Cass is seeing the results

He tweeted a picture of himself, in which he referenced both the fight and President Cyril Ramaposa’s national address this week.

He posted: “3 weeks till #CelebCity. With the president opening the numbers up, we opening up more tickets for the whole weekend! Time to #NaakHimOut”.

When one tweep commended him on his results, Cassper responded: “Muscle memory is a crazy thing but you have to put in the work. It looks like I do it quickly but I don’t.

“It’s been 3 months of training 15 times a week, that’s 15 hours a week. That type of work is put in 9 months by the next guy. I push myself because I wanna see results”.

Unfortunately, many tweeps were not interested in Cassper’s fitness quest as they were in mocking his appearance.

A number of followers took the time to criticise the size of his package, and plug “enlargement” products on him.

But it came as no surprise that Cassper swiftly blocked them for their shady comments.