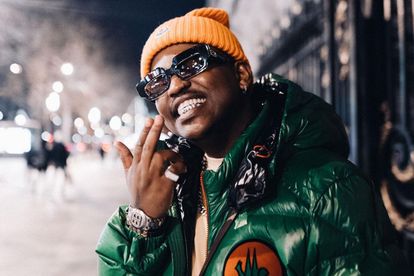 Focalistic is a brand ambassador for WildAid. Image via Facebook: Focalistic

Focalistic is a brand ambassador for WildAid. Image via Facebook: Focalistic

Award-winning amapiano star Focalistic is using his voice to raise awareness about wildlife conservation. Taking to Instagram on Wednesday 23 March, the Ke Star hitmaker announced that he has joined WildAid as a global ambassador.

As per their website, WildAid aims to protect wildlife from illegal trade and to reduce the global consumption of wildlife products. The organisation also works with governments to protect sea animals from illegal fishing and shark fishing.

WildAid is active across the globe and in Kenya, Tanzania, Uganda and South Africa. The organisation takes pride in protecting the amazing African conservation.

Some of the most popular WildAid ambassadors in Africa are Nigerian musician Davido, the Ugandan national football team and Kenyan athlete Eliud Kipchoge.

FOCALISTIC LENDS HIS VOICE TO THE FIGHT

Taking to Instagram on 23 March, Focalistic shared that he will be a global ambassador for WildAid.

“I will be using my voice to support wildlife conservation and raise awareness to this important cause!”

Focalistic will be joining other ambassadors Jackie Chan, Sir Richard Branson, Kate Hudson, Arnold Schwarzenegger and more than 300 influencers from around the world.

Focalisic has been nominated for Favorite African Star at the Nickelodeon Kids Choice Awards 2022. The amapiano star is nominated for the award alongside Makhadzi, Al Ahly football coach, Pitso Mosimane and Nigerian songstress Tems.

The awards are set to take place on Wednesday 13 April and will be broadcast on Nickelodeon (DStv channel 305) at 16:50.