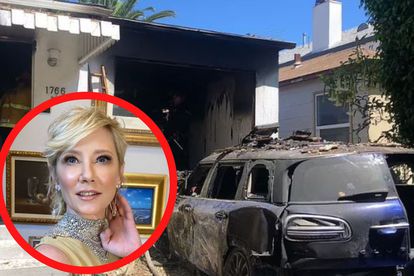 Emmy award-winning actress Anne Heche died in August this year following a horrific accident that saw her car crash into a Los Angeles home a week before she was taken off life support after she was declared “brain dead”.

While it was initially suspected that she was driving under the influence of alcohol as a picture taken before the accident showed what appeared to be a bottle of vodka in her car, the latest autopsy and toxicology report reveals there was cocaine in her system, TMZ reports.

The publication reports that the report detected fentanyl along with traces of cocaine in Hollywood actress’ body.

The Los Angeles County Medical Examiner-Coroner also confirmed to People Magazine that the 53-year-old actress had used cocaine previously but was not under the influence at the time of the fiery accident. This means that Anne Heche was not impaired by drugs at the time of the accident on 5 August.

“The hospital admission blood showed the presence of benzoylecgonine, the inactive metabolite of cocaine, which means she used in the past but not at the time of the crash,” a spokesperson for the coroner’s confirmed to the outlet.

In addition, the report states that the fentanyl in Anne Heche’s system was “obtained after she received treatment at the hospital and therefore is consistent with therapeutic use.”

WHAT CAUSED THE BRAIN DAMAGE?

Anne Heche crashed into a home in LA at a speed of 145km/h. This caused a raging fire that trapped the actress in her car for 45 minutes as firefighters attempted to get her out

The autopsy report indicates that Heche’s burns were so bad that they prevented her body from effectively absorbing oxygen, this led to her “anoxic brain injury” which ultimately killed her.

The Six Days, Seven Nights actress was in a coma for almost a week before it was revealed on 11 August that she was “not expected to survive.”

She was declared legally dead on the same day although her heart continued to beat until 14 August in order to fulfil her wishes of donating her organs.