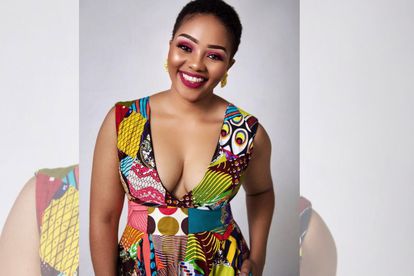 LEBOHANG MTHUNZI: ‘THIS PROJECT HAS BEEN COOKING’

The talented actress Lebohang Mthunzi, who is known for her role as Angela Mogale in Generations: The Legacy reveals to Daily Sun that she launched her school Cypress Acting Academy at the end of October.

“The classes will take place online. This project has been cooking for a long time but was officially launched at the end of October.”

Mthunzi adds that she started the school as she enjoyed sharing knowledge and guiding the youth.

“I started the school because I love teaching. I’ve been facilitating drama classes and workshops throughout the country for many years now.”

The actress adds that launching the school is her way of giving back, imparting her skills and knowledge to the people who always ask her how she got into acting.

“Many people have been asking for details. As we speak. I’m busy with enquiries. Classes start in January.”

‘GENERATIONS: THE LEGACY ACTRESS’ IS BUSY SHOOTING SOMETHING

The talented actress also tells Daily Sun that interested parties must apply and send their applications to www.cypressactingacademy.com to get assistance.

The actress adds that her fans should expect to see her on their screens in 2023 as she’s shooting something but can’t reveal anything as yet.

“I’m busy shooting something exciting to your screens. I can’t say anything about it.”