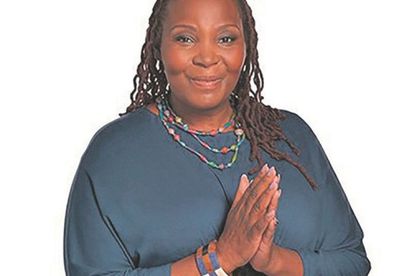 Host of ‘Please Step In’ and ‘Relate’, Angie Diale, has passed away.
Photo: Twitter (@PhilMphela)

Host of ‘Please Step In’ and ‘Relate’, Angie Diale, has passed away.
Photo: Twitter (@PhilMphela)

One of South African television’s beloved TV counsellors Angie Diale has died at the age of 55.

Details surrounding Diale’s passing remain unclear at this stage, but it has been reported that she succumbed to complications related to pneumonia.

Well-known entertainment journalist Phil Mphela broke the news on Twitter. Diale is known for her work as an agony aunt and most notably, host of the Mzansi Magic programme Please Step In.

South Africans first got to know and love Angie Diale with the hit SABC 1 show Relate, where people from all walks of life would write to her about a range of problems, from dealing with drugs to teenage pregnancy. She was also considered an advocate for those living with HIV/Aids, having done work in communities to help get rid of the stigma.

Diale, who herself was HIV positive, has been open about living with the virus. She contracted HIV shortly after the birth of her son.

“I had to face the stigma and discrimination at work after disclosing my status but instead of feeling sorry for myself I decided to go on a journey to educate people about HIV and Aids,” she once said in an interview with TimesLive.

In addition, Aus Angie, as she was affectionately called, has also been a prominent voice in the fight against gender-based violence.

According to her TV South Africa profile, Diale was passionate about communication among the youth, parents and communities.

“In 2005 she was the spokesperson for the National Department of Health’s Khomanani campaign lobbying the nation, ordinary citizens, Business, Government departments and NGOs to make a pledge for life and turn around the HIV pandemic through meeting everyday needs of people living with HIV and AIDS and orphaned and vulnerable children,” it further reads.