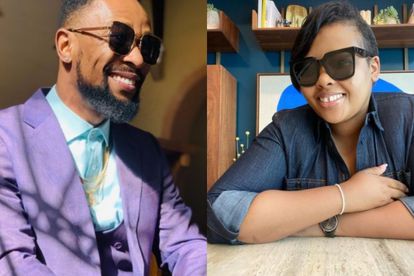 Mzansi woke up to SK Khoza trending on Wednesday 6 July as a video of him performing oral sex on a woman went viral. The identity of the woman is unknown.

Some dubbed the actor “South Africa’s Ray J” referencing Kim Kardashian and Ray J’s 2003 sex tape while others thought the actor was trending for the wrong reasons again.

Anele Mdoda jumped in to defend the former The Queen star on Twitter. She tweeted that his reputation may have taken a dip but he is still thriving.

“SK’s reputation make take a dip in one field but best believe he is thriving in another sector of the country. So fellas perhaps you take his name out your mouth and replace it with something else… for once ????????????????????????,” she tweeted.

THE ACTOR IS CHILLED ABOUT HIS ‘VIRAL SEX TAPE’

SK Khoza told Tshisa Live that he is “chilled” about his sex tape being leaked because it was content from his OnlyFans page.

“It’s from my only fans page so I’m chilled, I don’t want to talk about it,” he said to the publication.

Tweeps were rather supportive of Sk Khoza joining OnlyFans with some saying he may make more money on the platform than he does with acting.

“SK Khoza should just open an OnlyFans account. I swear he will make more money than he does acting,” wrote @MLetswele.