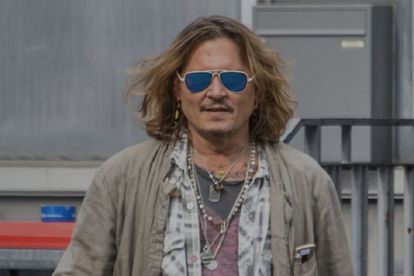 Johnny Depp is set to star in his first film since the defamation trial against Amber Heard and it will be licenced by Netflix France. Image via @johnnydeppfansgermany/Instagram

Johnny Depp is set to star in his first film since the defamation trial against Amber Heard and it will be licenced by Netflix France. Image via @johnnydeppfansgermany/Instagram

Hollywood actor Johnny Depp may not be returning to the Pirates of the Caribean franchise, but his legion of fans will be seeing him in his very first film since winning his defamation trial against his ex-wife Anber Heard.

According to Variety, Depp will be starring as French king Louis XV in a movie that will stream on Netflix in France titled La Favorite.

Fans of the actor have been calling for his return to the big screen and now it will be possible — Variety reports.

While it was first reported that Netflix will be financially backing La Favorite, a source has corrected these reports to the outlet.

According to the source, Netflix is not financing the movie but has licensed the film to stream in France only after it completes the country’s 15-month theatrical window. Therefore, the film is not a Netflix original.

The film will be directed by filmmaker Maiwenn, who is behind the romantic drama Mon Roi. In addition, Maiwenn is also starring in the movie as Jeanne du Barry, a countess who was King Louis XV’s last mistress.

IS THE BATTLE AGAINST HEARD OVER?

Even before the verdict on 1 June, Depp was already on cloud 9 as he toured the United Kingdom with his friend and guitarist Jeff Beck. After the verdict, which ordered Heard to pay the actor $10.35 million (R174 million) in damages, he continued to live his best life.

Since the Virginia court verdict, which found that actress Amber Heard defamed Depp in a 2018 Washington Post op-ed, the 59-year-old actor’s life has taken a turn for the better.

However, it does not look as if his battle with Heard is over yet as the Aquaman actress is appealing the verdict.

In addition, the mom-of-one is said to have penned a multimillion book deal. The book is described as a “revenge tell-all book” in which she will dish on her marriage to Depp to raise money to pay him as she is reportedly broke and has “nothing to lose”.