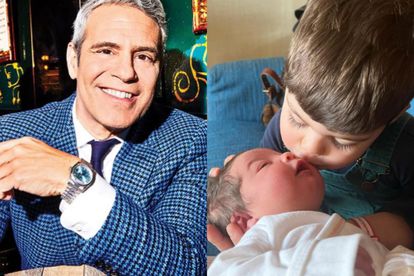 Andy Cohen makes a shocking suggestion for his kids. Images via Instagram @bravoandy.

Andy Cohen makes a shocking suggestion for his kids. Images via Instagram @bravoandy.

American television host Andy Cohen says his children can use his embryos to have their own children in the future and raise their siblings on an episode of SiriusXM’s Jeff Lewis Live on 6 June.

ANDY COHEN IS LEAVING HIS EMBRYOS TO HIS KIDS

Andy Cohen recently welcomed a five-month-old baby named Lucy and has a three-year-old son Ben. He welcomed both of the children via a surrogate. While on an episode of SiriusXM’s Jeff Lewis Live he spoke about leaving his remaining embryos to his kids.

“I think I have three left,” he said.

“You know what I’m thinking? This is crazy, but if either of them cannot have kids, maybe in 20 years they’ll defrost their sibling and raise them. Is that a weird thought?” he continued.

The Bravo host revealed that his children were not welcomed by the same surrogate but they are biological siblings. He also revealed that the pair are mostly getting along but Ben is a bit jealous of Lucy.

“It ain’t pretty. And now he has a new sister that he wants to kill. He loves her, but he is trying to kill her,” he continued.

THE TELEVISION HOST IS SPENDING ‘SO MUCH TIME’ WITH BEN

Andy revealed that he is spending so much of time with Ben because Lucy is still a baby.

“The crazy thing is, by design, I am spending so much time with him,” he said.

“Because, by the way, she doesn’t know what’s happening. I sit with her for a few hours a day and I’m like ‘Just smell me. Hear my voice. This is me, I’m your dad.’ But with him, I’m really in there with and I don’t even know if it’s registering how much time I’m spending with him,” he continued.

Lucy was born towards the end of April and Andy took to Instagram to share his excitement.

“Meet my daughter, Lucy Eve Cohen! She’s 8 pounds 13 oz and was born at 5:13 pm in New York City!!! Her big brother can’t wait to meet her! Thank you to my rock star surrogate (ALL surrogates are rockstars, by the way) and everyone who helped make this miracle happen. I’m so happy,” he wrote.