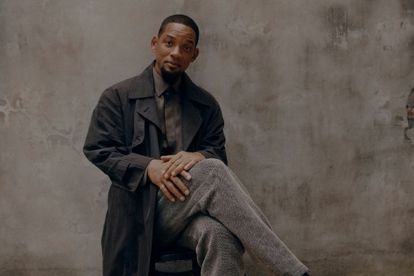 Will Smith is set to make a major comeback with ‘I Am Legend 2’ following the Oscars slap. Image via @willsmith/Instagram

Will Smith is set to make a major comeback with ‘I Am Legend 2’ following the Oscars slap. Image via @willsmith/Instagram

Hollywood actor Will Smith is reportedly returning to the big screen following the widely publicised and controversial Oscars slap.

It’s been more than two months since the 53-year-old actor assaulted Chris Rock, 57, and was rendered cancelled from working on some of his movies and subsequently banned for 10 years from The Academy of Motion Picture Arts and Sciences.

According to The Sun, Smith is moving forward and making a major screen return with I Am Legend 2.

A source told the outlet that the movie is produced by his company Westbrook Studios and will see Smith reprise his role as scientist Robert Neville fighting for survival and a cure for zombies in post-apocalyptic New York City.

As per the source, there is no script yet producer Akiva Goldsman, who adapted Richard Matheson’s 1954 novel for the original 2007 movie, is adding Smith’s character in the sequel.

“The script is being written mentioning his character and as of yet, Will remains attached to the project

“The concept is still to be signed off by Warner Brothers, but there has been no indication that Will is off the project.

“Obviously he is the producer of the film and his production company is in charge while the development continues.

Some of Smith’s projects were reportedly on hold following the incident which saw the Richard actor take to the stage to attack Chris Rock for joking about his wife, Jada’s alopecia.

The movies include Fast and Loose – a Netflix movie that was to star Smith as a crime boss who loses his memory. Netflix reportedly also cancelled its sequel to Bright.

While Bad Boys 4 was also reported to be on hold, Sony chairman Tom Rothman told Deadline last month that no breaks were pumped on the movie as it was still in development.

ALSO READ: From Hollywood to Bollywood: Is Will Smith on a spiritual journey in India?