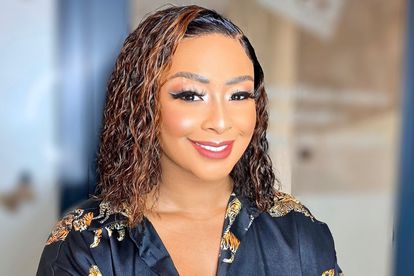 Boity Thulo has revealed plans for her charity to now focus on gender-based violence (GBV) . This, after an increase in attacks in her home province.

The media personality and rapper, who hails from Potchefstroom in the North West, made the announcement on social media.

The announcement comes midway through the 16 Days of Activism for No Violence against Women and Children Campaign, which runs annually from 25 November to 10 December.

The star revealed that the Boity Thulo Foundation would be gearing towards GBV, particularly in the North West province.

It said in a statement: “Having assisted many individuals and causes during the height of the Covid-19 pandemic, we are now turning our attention to a more substantial, permanent cause in Boity’s town of origin in the North West province.

“The intention behind the foundation was always to assist women and children, the focus of which will be concentrated on those affected by abuse and violence. The North West province has the highest rate of sexual violence perpetrated against women and is second only to the Eastern Cape with regards to physical violence.

“There is a desperate need for these women to receive support and care and, as one of three generations of women raised in Potchefstroom, Boity believes that she has an obligation to focus the foundation’s efforts there”.

Meanwhile, Bujy, who was accused of assaulting Boity in September, has participated in another anti-GBV campaign.

The stars and former friends were embroiled in a heated club altercation which has now resulted in a lawsuit.

He defended his actions, revealing in a statement: “I can never take back the actions and the trauma of exposing myself to what happened during the month of October but all I can say is always learn to remove yourself from places and situations. There is so much power in walking away.

“Learn to heal from any form of abuse you have experienced so it doesn’t become a trigger in any altercation. I apologize profusely to all my fans, loved ones and all the organizations that were affected by this behavior”.

This time around, the star took part in a march highlighting hate crimes against the LGBTQ community.

Alongside pictures posted on Instagram, Bujy wrote: “Lets keep safe this festive season and protect one another”.