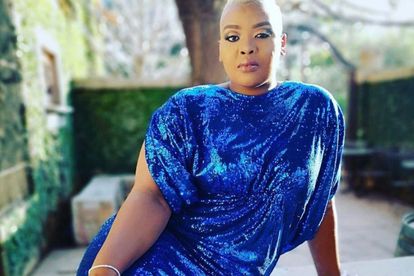 Anele Mdoda recently left her fans and supporters laughing their butts off after sharing a hilariously bizarre story about how she had the shock of her life thanks to an overactive imagination and load shedding. Speaking on her 94.7 FM radio show, The Breakfast Club, the media personality shared how she was scared half to death by what she thought was a snake.

South African TV and radio host Anele Mdoda is seemingly always finding herself in hilarious situations and this time is no different. Speaking on Friday 12 November’s episode of The Breakfast Club, she shared how she nearly had a heart attack after spotting what appeared to be a snake in her bathroom.

According to Anele, she took a shower during load shedding and decided to leave sorting out her underwear, which had rolled up into the shape of a snake while she was taking it off, for the next day when there was actually electricity.

Later that night she visited the bathroom and there was what she thought at the time was a large snake waiting to attack. Thinking fast, she jumped up on her sink but soon wondered why the snake wasn’t moving.

After waiting a little bit longer, she decided to investigate and found that the “snake” was actually her underwear which nearly killed her from shock.

Needless to say, her story left many South Africans howling with laughter and soon called into the show to share some bizarre and funny stories of their own about times when load shedding also tricked them.

Many of them even wished that they were there to witness her jumping for her life.