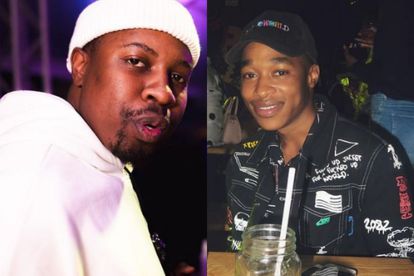 Popular podcaster Rea Gopane has told Mzansi apologising to Mr JazziQ is something he won’t do.

The “Everything SA Music TV” host was warned he could face legal action after he claimed Amapiano superstar ‘sacrificed’ the late Mpura and Killa Kau to better his career.

The vlogger is of course no stranger to controversy. He became popular at the start of the year when he claimed Bonang Matheba introduced AKA to cocaine.

The YouTube star went on camera to claim that the record producer was responsible for the deaths of Mpura and Killa Kau in a car accident near Marikana in August 2021.

The clip went viral across social media before Mr JazziQ’s law representatives warned of legal action against the podcaster.

The message to Gopane said his comments caused serious defamation on the producer’s image. The claims that ‘lack truth’, are severely harmful on the musician’s emotional and psychological wellbeing.

Additionally, the “Woza” and “Amaneighbour” hitmaker further sent a note to the Everything SA Music TV host that pleaded for the removal of the clip, including an apology.

Meanwhile, Rea Gopane has since gone on air to address Mr JazziQ. The video entertainer responded on his show to say no apology will be forthcoming.

He confirmed that he got sued and expressed regret towards Mpura and Killa Kau, but is offering no pardon whatsoever to the VSOP hitmaker.

“JazziQ though, apparently allegedly I got sued though. I did get sued,” he said on the show.

“Let me start by saying this, I did feel obliged to send apologies to their(Killer Kau and Mpura) families… But I’m not gonna apologise to JazziQ.

“He treated us like we are nothing. When we tried doing some work with him, he wasted our time.

“The same story that you guys heard on MacG, JazziQ gave us the same story… I felt treated like a Popeye by JazziQ. “

Watch the video below:

ALSO READ: ‘I am not gay’: Somizi Mhlongo reveals he is pansexual [watch]