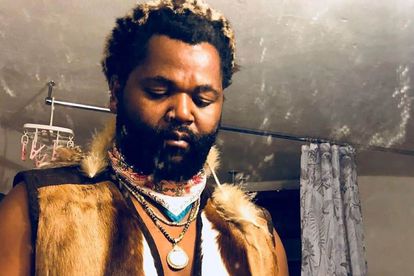 Sjava, whose real name is Jabulani Hadebe, has been dropped from the Cape Town Jazz Festival which is billed to take place this weekend.

Sjava was set to perform a slew of his hits which have won him a South African Music Award (Sama) and other accolades, but after allegations that he sexually assaulted his former girlfriend Yamikani “Lady Zamar” Banda were detailed in a Sunday World report, he has been cancelled from appearing at the prestigious festival.

The Collide hitmaker is also booked to perform at the festival. On Instagram, the organisers of the event posted the announcement, saying that the rape allegations were serious.

“Due to the seriousness of the allegations levelled against Sjava, the management of the Cape Town International Jazz Festival has withdrawn Sjava’s performance from the CTIJF 2020 line up.”

Sjava has yet to comment on claims that he violated Lady Zamar at a hotel in Thohoyandou in September 2017. In her police statement, Lady Zamar said she cried as she told Sjava that she did not want to engage in sexual relations. He allegedly raped her and told her to sleep after the incident.

While the BET best international act 2018 winner is suing Lady Zamar for defamation of character for tweets she sent out speaking out about an abusive relationship – he has yet to comment on the police case.

“Today is the 1st of March 2020… the official first day to autumn and a really beautiful day. Happiness is a choice and life is too amazing to not choose happiness every single day, Zamartians,” she wrote.

The singer-songwriter first confirmed her relationship with Sjava in April 2019 year when she responded to a tweet and said that they had broken up in March after dating for two years.

When news that Sjava has been married all along surfaced seven months later, Lady Zamar revealed that she had been in a toxic relationship with the Ngempela star and he had lied about being married.

Response to Sjava being cancelled from the festival on Twitter was mixed.