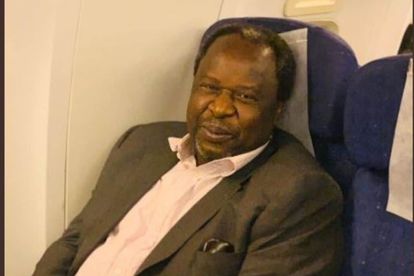 Leading by example, Finance Minister Tito Mboweni flew economy class from Johannesburg to Cape Town for the State of the Nation Address on 13 February 2020. Image via Twitter @tito_mboweni

Leading by example, Finance Minister Tito Mboweni flew economy class from Johannesburg to Cape Town for the State of the Nation Address on 13 February 2020. Image via Twitter @tito_mboweni

In response to the new Ministerial Handbook which was officially announced in December 2019, ministers on domestic flights will no longer be in business class, but will join regular economy-flying South Africans.

With his usual tongue-in-cheek humour, Transport Minister Fikile Mbalula made sure his adherence to the new guidelines is publicly known:

The new stipulations are that ministers and their partners must travel in economy class for all official domestic travel, as well as international travel where the travel time is less than two hours. This will go towards reducing government expenditure.

Spouses also in the spotlight

Spouses of minsters are also affected by the new rules. Travel by a spouse is limited to six domestic economy trips per year; while additional travel tickets for private use has been reduced from 30 to 20 tickets a year.

Some ministers retain their private homes while living in allocated residences for the bulk of the working year.

However, the state will no longer bear any costs in respect of security upgrades done at the ministers’ private residences.

Water and lights, cellphones and vehicles

For state-owned residences, government will cap its contribution towards water and lights at R5 000. Any ministers who exceed this will be held liable for the additional cost.

They’ll also need to keep an eye on telephone conversations as the rental of cellphones and the cost of official calls is limited to R60 000 a year, which works out to an average of R5 000 per month.

Other changes include a limit on the price of official vehicles. The cost of vehicles is now limited to R700 000 (including VAT), maintenance plans and security extras.

No increase for deputy president, ministers

In another major financial move to reduce governments bill, President Cyril Ramaphosa announced in the 21 February Government Gazette that a number of senior officials, including the deputy president and ministers, would not be receiving an increase this year.

In his 2020 Budget Speech, Finance Minister Tito Mboweni annocuned that the public wage bill is unsustainable and emphasised that the national and provincial budgets will be reduced by R27 billion over the next three years.

Mboweni said that members of Parliament, provincial legislatures and executives at public entities will not receive a salary increase during the 2019/2020 financial year. Among the approved salaries are the pay freeze for Deputy President David Mabuza, and leaders of the opposition parties in Parliament.