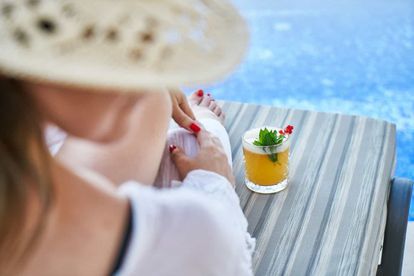 A new zero-tolerance approach to drunk driving will go live in June 2020. It means that drivers will not be allowed to drink alcohol and drive at all as the legal blood-alcohol limit will be at 0%.

Fortunately, this doesn’t mean you’ll be limited to soft drinks or water.

“While many societies around the world have invested their spend in non-alcoholic beverages for a few years now, 2019 was a breakthrough year for South Africa in the evolution of our drinking zeitgeist. Within a mere 12 months, we (largely) went from shaming those who were not drinking to warming to the idea that an alcohol-free life is not only achievable, but desirable.”

Currently the National Road Traffic Act (NRTA) allows for small limits in blood alcohol levels. From June, however, law-abiding citizens will be joining the group of non-drinkers. And doing so won’t mean sticking to orange juice.

Rogers said that at the beginning of 2019, one of the issues confronting non-drinkers was that rock shandies, sparkling water and soft drinks, such as Coca Cola, were the only common available options, alongside The Duchess alcohol-free gin and tonic. and 0.0% beers.

“During the year, the vacuum began to slowly fill – The Duchess and 0.0% beers started to make their mark, the interest in kombucha grew and Vermont Vergin non-alcoholic gin burst onto the scene.”

Last year also saw the inaugural Mindful Drinking Festival taking place on 20 October at the  Kirstenbosch Stone Cottages in Cape Town. More than 40 exhibitors from around the country participating, allowing guests to sample a wide variety of alcohol-free drinks.

The festival celebrated everything alcohol-free: from health tonics, iced teas and kombuchas to non-alcoholic beers, alcohol-free gins, de-alcoholised wine and even alcohol-free whiskey and vodka.