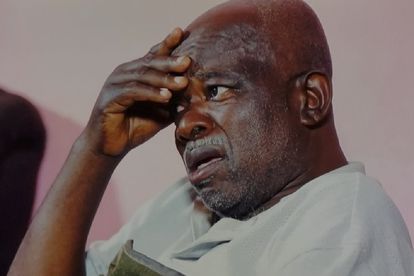 Messages of condolences have been pouring in following the passing of Bab’ Dlamuka from ‘Isencane Lengane’. Image via Twitter @advbarryroux

Messages of condolences have been pouring in following the passing of Bab’ Dlamuka from ‘Isencane Lengane’. Image via Twitter @advbarryroux

Messages of condolences have been pouring in following the passing of Isencane Lengane reality TV cast member and reverend, Mthandeni Dlamuka on Sunday 10 July.

Bab’ Dlamuka, who has been on the show since the first season in 2019, was the father of teen husband Siyacela Dlamuka who is married to Thando Msomi.

The news of his passing was announced by Siyacela on Facebook. Sharing the news on social media, Siyacela wrote:

According to the Daily Sun, a source who wanted to remain anonymous also confirmed his passing.

Dlamuka’s passing comes after a long illness. During the second season of the show — which is now in its fourth season — he revealed that he has diabetes and was wheelchair-bound.

Tweeps and fans of Isencane Lengane posted messages of condolences to the family as they paid tribute to the late father.

Viewers of the show have previously admitted that they have a love-hate relationship with the late reality TV star, as many felt he spoilt Siyacela to his detriment. However, others found that he disciplined him when he would go out of line, saying they will remember him for coining the word “sthuphethu” — his pronunciation of “stupid”.

“Sad to learn the passing of uBab Dlamuka, I will always remember him by reprimanding Siyacela, when he starts being disrespectful. Lala Ngoxolo Mnguni [rest in peace Mnguni]” one tweep wrote.

“Bab’ Dlamuka wanted to get Siyacela a wife so early so that when he passed on, he can leave him with a person close to him since his mother passed on when he was too young, well Dlamuka fulfilled that and left him with a very loyal wife. RIP mkhulu,” another viewer wrote.