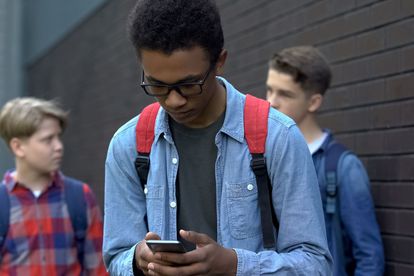 How bad is cyberbullying in South Africa? Image credit: AdobeStock

How bad is cyberbullying in South Africa? Image credit: AdobeStock

For many countries, cyberbullying is a significant problem that’s incredibly difficult to solve.

A 2021 survey of 200 South African parents found that 51.5 percent of their children have been cyberbullied on digital platforms. Digimune, a digital identity, privacy, and social media protection company, created the survey and found the data might just be an underrepresentation, given that children are often reluctant to tell their parents about their issues.

A study by the South African Depression and Anxiety Group (SADAG) found that suicide is the third largest cause of unnatural death in South Africa. The study also found that cyberbullying rates in the country are currently at 24 percent in 2021, a relatively high number.

These figures all point to the urgent need to protect children from cyberbullying.

To prevent cyberbullying and stop it entirely, we first need to look at the most popular social media sites where such vile activities could occur. In South Africa, Facebook and Instagram have 87 and 73 percent penetration rates, respectively. In the past few years, the number of Internet users in South Africa, too, has increased from 12.3 million in 2010 to 37.6 million in 2021. It’s also worth noting that 36.5 million South Africans love using social media on their mobile devices.

What’s being done in South Africa

To address the issue, the government enacted the Cybercrimes Act 19 of 2020 to criminalize a wide range of cyberbullying tactics. This includes electronic messages or social media posts that incite or threaten violence, damage to property, and the disclosure of intimate images without consent.

The act hopes to curb cyberbullying and hold cyberbullies accountable for their actions online.

How to prevent cyberbullying

Beyond these initiatives, parents, teachers, and trusted adults, too, could do a lot to help children navigate the complex issues around cyberbullying.

While it’s improbable that cyberbullying will cease to exist, it’s worth educating children about cyberbullying and what they can do if they ever become a victim.

To do this, parents can start by showing children examples of cyberbullying and ask how those examples make them feel. From here, children can learn about specific words and actions’ impact on others. Next, inform children that they should always report and block the sender if they ever receive such comments or messages. Remind children not to engage with the bully and let them know that they can always turn to a trusted adult to talk about it.

Occasionally, parents might want to consider monitoring the social media accounts of their children and look for things that could be worrying, such as a strange comment or sudden changes in online activity.

By creating an open and safe space for children to express themselves, adults can do a lot to prevent the impact of cyberbullying and keep children safe.