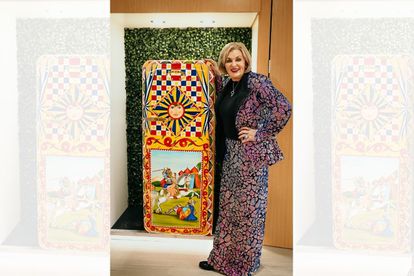 After a stand-alone Smeg store officially opened its doors in Constantia Village in Cape Town, the Italian brand’s fridge worth R1.3 million quickly went viral and subsequently sparked a bidding war among some of South Africa’s most wealthy.

According to TimesLive, the brightly hand-painted fridge by Sicilian artists and branded by Dolce & Gabbana has triggered a bidding war that could see it sell for more than the R1.3 million price.

The fridge is described by Smeg as: “This one-of-a-kind unique and captivating refrigerator is a piece of art, with hand-painted Dolce & Gabbana styling. Buying these artistic fridges is like buying an exotic piece of art!  It’s something to be cherished and loved forever.”

Margaret Hirsch, executive director of the Hirsch’s Homestore Group, said the fridge was brought in as the showstopper piece for the opening of the first Smeg stand-alone store in Africa.

Natasha Pallotta from Smeg South Africa said a second fridge from the iconic range, this one featuring a donkey, was currently being shipped to SA from Italy and would be put on display in Smeg’s Sandton showroom in Johannesburg.

Hirsch also told the publication that the fridge at the Cape Town store had attracted a lot of interest, and there were at least two serious customers ready to go head-to-head.

“I suspect we will end up selling for closer to R1.5 million than R1.3 million,” she said.