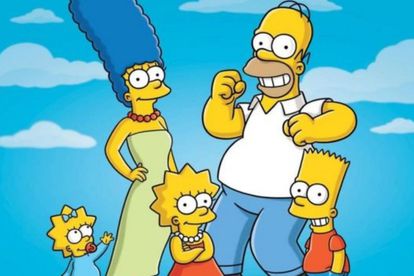 If you are a fan of The Simspons, this one is for you! The longest-running animated series in the United States has been on the air since 1989 and is up to 33 seasons, totalling more than 700 episodes.

Now, if you’re up for a Simpsons marathon, a company will pay one lucky viewer $6 800 (almost R100 000) to watch every single show featuring your favourite on-screen family.

Get paid to watch every ‘The Simpsons’ episode

According to Newsweek, PlatinCasino.co.uk is looking to hire a ‘Simpsons Series Analyst’ to consume the entire back catalogue of Homer, Marge, Lisa, Bart and Maggie’s exploits in Springfield.

“The Simpsons has an uncanny knack for predicting the future, foretelling the election of Donald Trump as president, Richard Branson’s space flight, the Coronavirus pandemic, horse meat scandal and recently a fuel shortage in the UK,” the publication writes.

Now, it seems the online games site is eager for the analyst to predict what global events could happen in 2022 by watching all the episodes.

Those chosen to participate will be asked to note key storylines and standout events from each episode, which will then form a list of predictions of future events.

“It’s a well-known phenomenon that The Simpsons have predicted the news, from Donald Trump as president, to the most recent panic buying of fuel in the UK. After a hard couple of years, we at PlatinCasino.co.uk are intrigued to see what 2022 will hold,” said Philip Wicinski, country manager at PlatinCasino.co.uk.

“So ahead of the new year, we thought what better way than putting The Simpsons to the test and seeing if, after searching each series, we can predict what the next year, and future, has in store for us.

“We think the job is a unique and dream role for many—who wouldn’t love getting paid to watch TV, let alone The Simpsons? If you wouldn’t mind spending the next few weeks watching the most loved cartoon family on TV while getting paid for it, please apply now!”

The role is set for eight weeks, with the cartoon fan expected to watch the show for 35.5 hours a week, totalling 284 hours of the show, which works out to a salary of $9.25 (Almost R14) per episode.

It is also believed that the lucky ‘analyst’ will be sent a weekly supply of Lard Lad Donuts. The role is open to anyone fluent in English over the age of 18, with applications closing on 31 October, with the findings expected to be revealed early next year.

And of course, a love for The Simpsons is desirable, but not essential.

You can see more details over here.

ALSO READ: Ay, caramba! ‘The Simpsons’ are back…Get going with our fun quiz