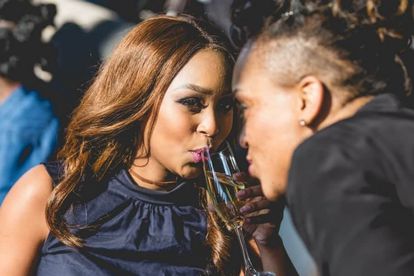 Are we sad to see Minnie go?

Are we sad to see Minnie go?

The actress joined the show in 2013, co-hosting alongside Thomas Mlambo.

“I have resigned from SABC Sport to focus on my other business ventures. I have loved my time with the SABC Sport family and will miss them dearly. It pains me to realize that I won’t be seeing my Thom Thom (Thomas Mlambo) and Dr Mnandi every Monday as they have become family. I need to grow and explore various opportunities in entertainment and business. I’m super excited about 2017 and working very hard to make it a success,” Minnie said in a statement.

Some will grab tissues with pretend sadness, but please stop, we know you never liked having Minnie on the show!

On the very first day she was introduced, many weren’t pleased, complaining about her lack of knowledge for football and how someone more ‘qualified’ should have obtained the job instead.

Although the show is indeed a football show, Minnie was not handling anything on the technical side but was in fact in charge of a Lifestyle feature, where she managed audience engagement on social media.

She carried the position for four years and ultimately made a name for herself as a sports caster.

She was introduced in the entertainment industry after winning the Live (now known as Urban Music Xperience) presenter search competition and has since became a household name.

Meanwhile, ZAlebz reports that Minnie’s publicist, Jarred Doyle is flooded with calls from people gunning for Minnie’s job, just a few hours after her resignation announcement.

Minnie is currently in Seychelles filming for the Tropika Island of Treasure Seychelles set to air in 2017.

“I will be back on screen for Tropika island of Treasure Seychelles in March 2017 on SABC3, be sure not to miss it.”

‘Give them money’: Crowd boos Nathi Mthethwa at Banyana homecoming