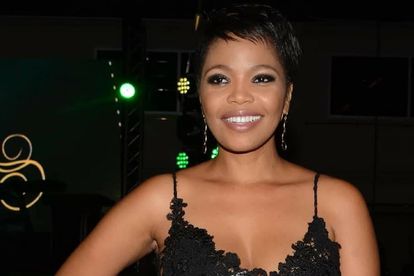 Mzansi girls are showing the world what Africa is really made of, this time, with our very own Terry Pheto being nominated for a British Independent Film Award.

Terry is nominated in the Best supporting cast category for her role as Naledi Khama in the film, A United Kingdom.

Naledi means a star and that she is indeed. She proved that, as she stole the show at the premiere of the film in London, earlier last month.

The actress built her career from ground up and continuously excels in her craft.

We were introduced to Terry in 2005, when she played Miriam in the Oscar award winning crime drama film, Tsotsi.

She then played various roles in several local movies and series, including the Nelson Mandela’s Long Walk To Freedom.

The film received so much love and award nominations including opening up the second edition of RomAfrica Film Festival which took place in Rome in July.

She took to her Instagram to voice out her feelings about the nomination.

She wrote: “Words fail me. So honoured to be nominated alongside the most incredible talent in the world. Thank you @iammaasante for believing in me and making this one of the most memorable journeys of my career. #BIFA2016.”

Amma Asante is the director of the film.

The film is about a real life story of Sir Seretse Khama, the first Botswana King who married a white British woman.

The marriage caused a furore among the elders of the Bamangwato tribe and neighbouring country, South Africa.

Terry plays Sir Seretse’s sister in this chilling film, set in the late 1940s during the colonial era.

The film will be released on November 25 in the United Kingdom and on February 17 for the United States.

At this stage, it is unclear if and when the film will be available in South Africa and Botswana.

However, we are proud of Terry Pheto, #BlackExcellence of note!