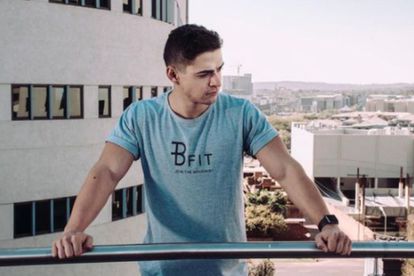 ‘7 de Laan’ viewers are protesting against the apparent demise of their beloved Shawn Basson. Image: @deanre_reiners/Instagram

‘7 de Laan’ viewers are protesting against the apparent demise of their beloved Shawn Basson. Image: @deanre_reiners/Instagram

7de Laan fans were hit with a hard one on Monday night’s episode 6 December 2021. If Shawn Basson is really dead, many fans have said they are done with the show.

Shawn, played by Deànré Reiners, is a sweet young man who has been struggling with peoples judgements regarding his sexuality. He is madly in love with a man named Emile, played by Christopher van der Westhuizen.

Most recently, Shawn has been waiting for a call from a lady named Lana with who he had intimate relations. Lana is pregnant and does not know if Shawn, or another character named Rickus, is the father… the drama has been real!

RICKUS PULLS SHAWN TO HIS PLACE FOR A ‘CHAT’

Shawn receives a call from Lana asking him to come over as she had received the results. On his way out, Shawn is met by Rickus who is drunk and pulls him to his place for a ‘chat’.

Rickus is extremely angry and tries to get Shawn to drink with him. He refuses to let him out of the apartment. 7de Laan viewers were waiting for this…

After much back and forth discussion and a little brawl, Rickus lets Shawn know that the baby is his… explaining his drunken state.

SHAWN DIES… DID RICKUS KILL HIM?!

Standing there in utter shock after hearing the news, Shawn gets hit in the head by a champagne cork that Rickus popped open.

Rickus did not see the cork hit Shawn and assumes he had just passed out from shock as a result of the news.

“Wow! Very dramatic, even for you! Congrats, buddy”

After calling his name multiple times and telling him to “get up”, Rickus realizes that something is terribly wrong.

A clip of Shawn’s apparent departure from the show was released on social media… but 7de Laan fans refuse to fall for it.

The emotion-packed clip has Shawn telling his story and bidding farewell to his fans and his beloved Emile. A real jaw-dropper!

7 de Laan viewers are certain this is all for the hype as they refuse to believe their favourite character is no longer. If Shawn is really gone, the show is about to lose a lot of loyal followers.

“Not like this. I mean there was no indication that he was leaving the story. Bring him back.”

“I’m hugely disappointed. This storyline is just crap. Mariaan has now made Chris and Rickus conspirators and murderers … Why? Why now? Emile. Lana… I mean really. I feel like giving up on 7de Laan.”

“No, hope he is not dead, hope everything is just a dream in story, I believe he is alive man, otherwise I would stop watching 7de Laan, I love Shawn and Lana and Dewet.”

“Evil story line. 7de Laan, the thriller. No values, all rubbish being shoved down your throat. Hope people don’t let their children watch.”